This year, the competition will be held at the Hyatt Regency. The hotel has undergone a complete renovation and is absolutely beautiful and will be the new home of Maryland Dancesport! This new venue offers easy access to all of the shops and restaurants that the Inner Harbors has to offer!

I have an exciting schedule of Professional, Pro-Am and Amateur events planned and a team of world-class adjudicators! I’ve have added Gentleman only Championship events in all levels and age divisions and the pro-am Open Scholarship events are a “Best of the Best” qualifier for the Ohio Star Ball Championships! Maryland Dancesport is honored to be part of the Global Dancesport Series, Dance Vision Circuit, World Pro-Am Dancesport Series, Best of the Best and the Fordney Foundation.

I hope to offer all competitors a highly organized and amazing competition experience. So mark your calendars, put on your dance shoes and join me February 5th & 6th, 2021 for the all NEW Maryland Dancesport! 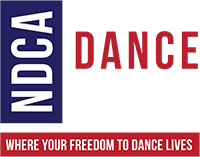